Here is an article I wrote for our friends, Theme Park Duo. Hope you like it. We had a BLAST!

Congratulations! You Are A WINNER!

Well that was back in 2020 when I won tickets to The Woody Show Take-Over of DCA (Disney’s California Adventure), but then the world shut down and total disappointment struck my soul.

BUT... fast forward to 2021 and an email that assured the 2020 Winning tickets were going to be honored on August 19 arrived! Another… YAAAYYY! WOO HOO! All good things come to those who wait and boy did we wait!

August 19th, finally arrived and the scorching CA heat took a couple of days off and we were off to Take Over DCA.

Someone said to me- “Disney is never as fun if you go all the time”, but I beg to differ because every time I go the excitement of going consumes me. Especially when you know there won’t be very many people in the Park and the…

Here is my recent article written for Theme Park Duo. Check it out. I hope you enjoy it too.

When we walked out of the gates of Disneyland on March 13, 2020 for what was to be a 2 week closure who knew what was to really happen. Well we all know what happened next- complete shutdown! Slowly shut down restrictions were lifted and Disney put together their version of a food fest- which they call A Touch of Disney. Even though many people had visited the Downtown Disney District and had been shopping at Buena Vista Street there is nothing like a Disney Event and we wanted to be a part of it!

Let me rewind the tape just a bit because obtaining these tickets was no walk in the park. Once Disney released the details- $75 per person- including a $25 food voucher, parking at the Mickey and Friends Parking Structure and unlimited digital photo downloads from your visit, it was real that Disney was going to…

via Disneyland’s Newest Adventure… The Tropical Hideaway. My 1st Visit in Pictures.

Ever wanted to see some of the ride vehicles from the Disneyland attractions up close and personal? Does a original Press Pass from Disneyland’s Opening Day peak your interest? Richard Kraft shares his personal collection of Disney items in a pop-up exhibit followed by an auction in Sherman Oaks, which I had to check out. […]

via Look What Popped Up! That’s From Disneyland Exhibit. — Theme Park Duo

Hello All. A little different blog today. Theme Park Duo whom I also blog for has a cool podcast and this time it is about Midsummer Scream Halloween Festival last weekend. Give a special listen at about 33:55 for a special guest… ME! Turn up your speakers while out by the pool on this hot summer day and enjoy!

Source: Welcome Back Fantasmic 2017 – Mickey’s Imagination Is As Strong As Ever!

Here’s a new piece I wrote for Theme Park Duo. Check it out and go to Theme Park Duo for lots of theme park, convention scoop and lots of other cool news.

Like many young girls in the 70’s, we sat down in front of the one television in our family house weekly and tuned into one of the seven channels available and watched Wonder Woman. Linda Carter played the lasso wielding superhero that we all wanted to be. She flew in on her invisible jet, stopped bullets with her sparkly cuffs and saved the world from the bad guys. All of this after elegantly spinning around and changing from Diana Prince and her everyday attire into her superhero costume. This show was based on a DC Comic, which I was not familiar with back then, and the show only ran for 3 seasons. 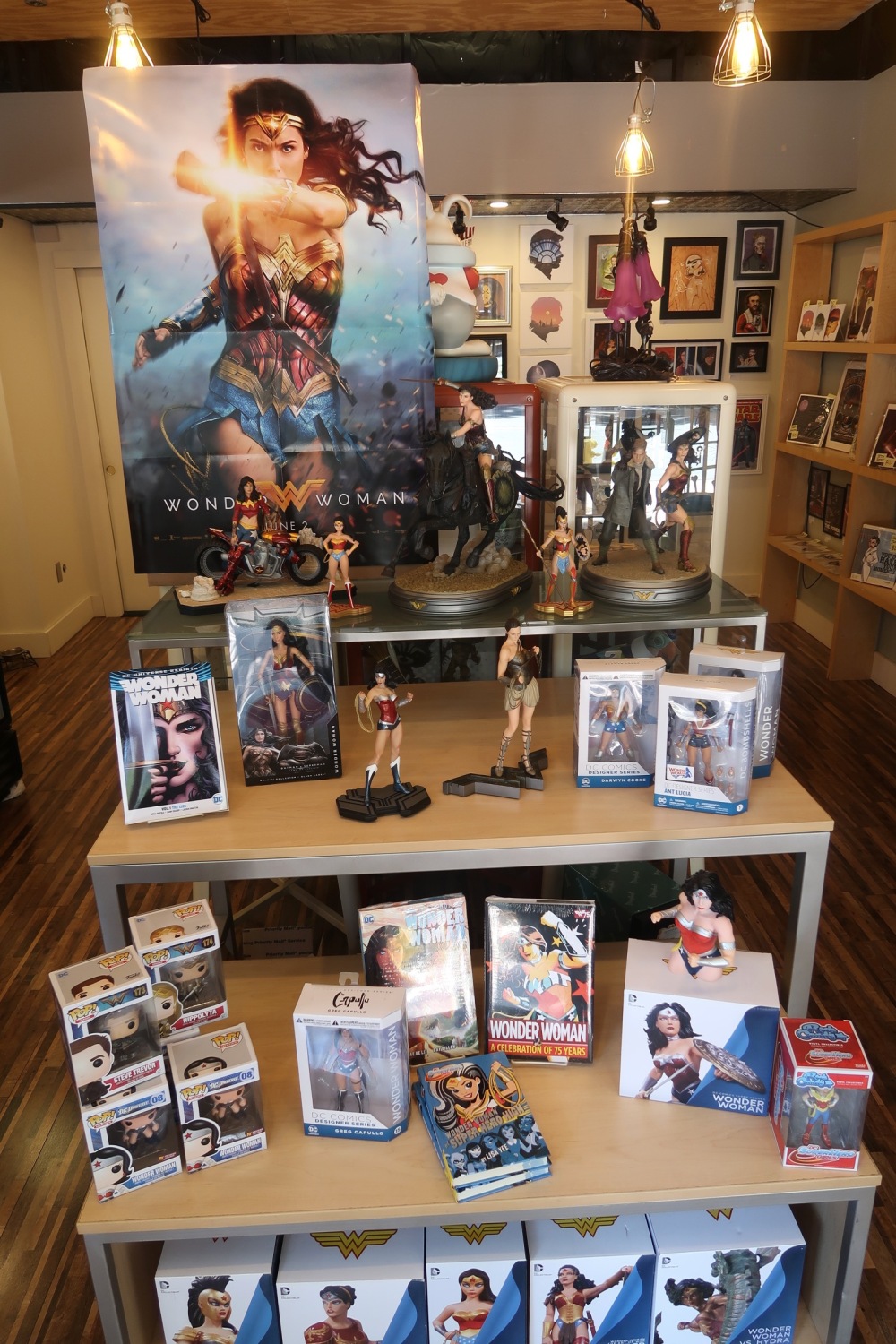 On a side note, we did see the DC Comic movie Wonder Woman the following day and I am no movie critic, but it is definitely a movie you should go and see. You will laugh out loud, cheer and even shed some tears. Wonder Woman is getting the recognition she deserves… finally.

And to think this all started for me as a very young girl watching a TV show in her family home and wanting to be just like Wonder Woman.

One, Two… Freddy will sign for you. Three, Four… want to buy some more. Five, Six… Monte’s Band will play some licks. Seven, Eight… gonna stay out late. Nine, Ten… going to Monsterpalooza again. The real version of this song haunted many people while we watched one the most iconic movies of the 1980’s- A […]